Gabby Spatt moved to Atlanta in 2010. Shortly after she arrived, the now 33-year-old Sandy Springs resident learned about JF&CS’ HAMSA (Helping Atlantans Manage Substance Abuse) program through a friend. At the time, she never dreamed it would become relevant to her. Today, after losing her sister, she volunteers regularly with the program and makes it her mission to reach out to others touched by substance abuse and mental health. She shares her story.

We don’t know yet how many died in 2017 of drug overdoses. But of those deaths, there is one that matters the most to me – the one that turned my family’s world upside down.

My sister Sari and I grew up in the affluent, tightly knit Jewish community of Coral Springs, Fla. We were raised with strong family values and were lucky to spend a lot of time with our grandparents, cousins and a large group of very close family friends. Overall, even with our parents’ divorce when we were in elementary school, we had a very normal American upbringing.

But as Sari got older, coping with the day to day was difficult for her. In high school, Sari finally was diagnosed with bipolar disorder, and like many others who suffer with this disease, she cycled through medications, therapists and treatments. Treatments would help at first, and then months later they suddenly wouldn’t. She had different triggers that would set her off. Little issues became big ones and were met with screaming, insults and sadness. Faced with constant frustration at herself, she started looking for other ways to be happy, including occasional drug use.

Unable to help herself, Sari responded outwardly by devoting her life to helping others. In college, she volunteered with autistic children and eventually earned a master’s degree in sign language education. She was teaching third grade and both parents and students talked about how much she cared for them. She even made YouTube videos translating popular music into sign language. When things were good, she was good, really good.

At 30 years old, Sari had touched many lives for the better and seemed to have kicked her bad habits. To others, she presented a warm, nurturing person. But when things got bad in her mind, coping without drugs at times must have seemed an impossible task.

It was our grandmother who found her. Hurricane Irma was battering Florida, Sari had lost power, and she went to stay with our grandparents. After spending a wonderful day together cooking and grading school papers, she was set to spend the night. Later that evening, Grandma heard her on the phone having a tough conversation and then heard the front door close. This call became a trigger for her. Looking in the hall, Grandma realized Sari was gone. When Grandma called her cell, Sari said she just had to run an errand and would be right back. She returned about midnight and immediately went into the bathroom. After about 10 minutes of silence, Grandma knocked. No answer. So she opened the door and found Sari hunched over, barely breathing. She called 911. Can you imagine a 90-year-old woman doing CPR on her granddaughter? The ambulance came, and the EMS team administered Narcan, before rushing her to the hospital.

When my Mom called me in Atlanta early that morning, I knew something was wrong. But I expected it to be about my grandparents, who were 90 and 99. I never thought it would be the news she shared: “We’re in the hospital. Sari overdosed.”

I immediately booked a ticket and flew home, and for the next several days, I don’t know how we survived it. Why did this happen? We had so many questions. How did we not know what she was doing?

We do not believe Sari intentionally took her life. She knew it wouldn’t be fair to her family and friends. And there was no way she would do it at our grandparents’ house. She loved them so much. But likely unknown to her, the drugs she took were laced with fentanyl, a powerful and dangerous additive, and the drug became a game of Russian Roulette.

She never regained consciousness. After several days and yet another brain scan, there was very minimal brain activity and no improvement. She was living only because of a machine. Eleven minutes after she was removed from the ventilator, she was gone. It was crazy to experience. You never think this could happen, but it did. Things can change very quickly.

Sari died on September 14, 2017, from a heroin overdose. Even worse, she wasn’t the only one. Within two days of Sari’s death, 21 other people in South Florida of various ages died from fentanyl-based overdoses.

So here we are several months later. Sari is buried with our other grandparents and a dear friend who also struggled with mental health, and we’re talking about what will be engraved on her headstone. Daughter, sister, granddaughter, friend. A menorah and a playing card. She was buried in the dress she was going to wear to my wedding.

At Sari’s funeral, we talked about how she struggled at different times in her life. We did not say she died from an overdose. It took me six months to tell people how she died and to share my story. How do you talk about it? There is a stigma. Today, I finally feel comfortable saying it.

I think it just took time. I couldn’t even focus on the fact of what happened. I would wake up every day and just try to get through it – all while planning my upcoming wedding in January. Mom wasn’t ashamed. Our community knew she had a daughter who struggled with mental health. She talks about it today, and she’s OK. She’s stronger than we all imagined. My father, who lives far away, connects with other parents on Facebook and locally who have suffered through the same thing. My step-father Norman suffered a stroke shortly after Sari died and is talking about it too. We couldn’t have gotten to where we are today without that same wonderful community of friends and family who supported us so much growing up and supports us just as much today. They never cease to amaze me by showing up with food, stories and big smiles.

I’m less of a talker and more of a doer, so I’m taking every opportunity I can to make a difference in an area that needs so much work. I’m volunteering with HAMSA and other organizations and working with people, particularly college students and young people, to ensure others don’t have to suffer the way my family has. It’s also helping me with my grieving process. Being involved and trying to make change happen is the only way I know.

I have learned a lot over the past ten months. I learned that in this national endeavor to fight opioid use, recreational users often get overlooked. I learned how tightly mental health is connected to drug abuse. And learned it can happen to anyone – even when you come from a nice Jewish family. We as a society have made a lot of progress, but there still is so much room to grow. And organizations like HAMSA are here to help. 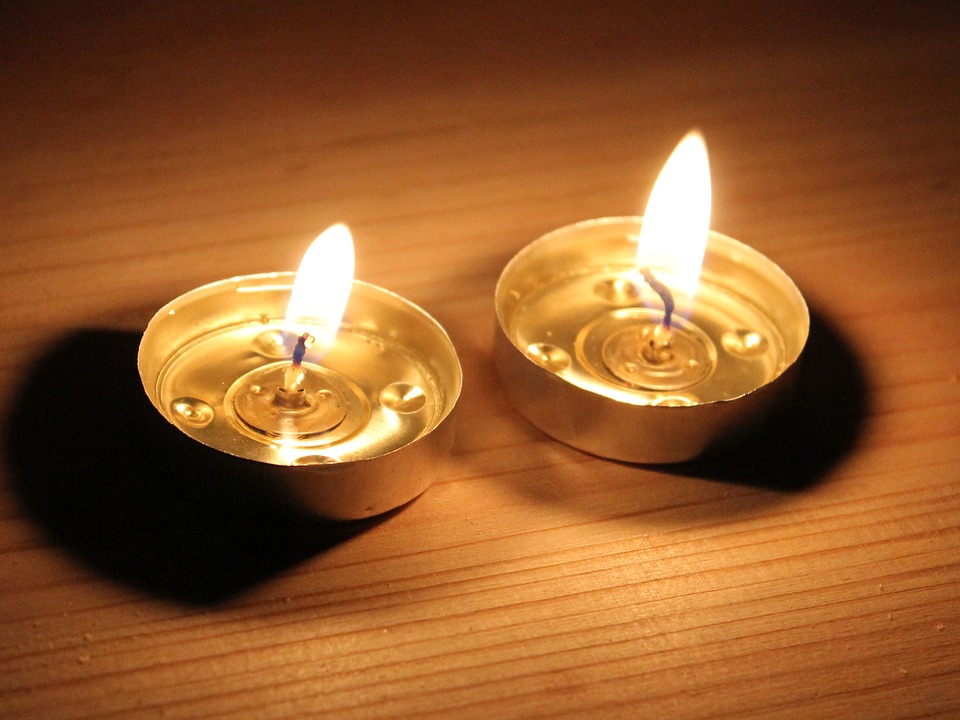 The Sabbath provides a beautiful opportunity to reflect, decompress, connect and move forward into our weekend and new week with intention. We want to be sure that those in recovery, also have a meaningful connection with the Sabbath and are able to say Kiddush without feeling uncomfortable or “other”, choosing to not have wine. Below is a beautiful Kiddush Meditation for those in recovery and their allies to begin their Shabbat Service written by HAMSA Information & Referral Specialist, Leslie Lubell. This meditation will be a part of the Sober Shabbat guide provided through our partnership with Temple Sinai and OneTable Atlanta to bring Sober Shabbat to young adults. If you want more info or would like to be a host contact Mandy Wright, HAMSA Program Manager, at awright@jfcsatl.org. Shabbat Shalom, we hope you enjoy. 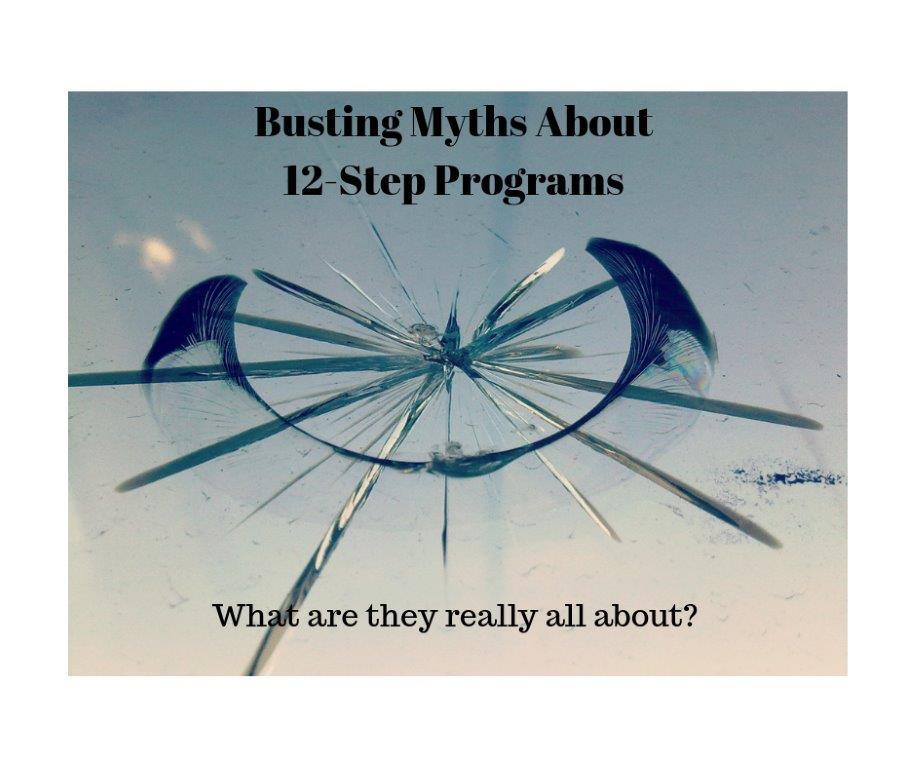 Busting the Myths of 12-Step Recovery

HAMSA helps you understand the facts about 12-Step programs. 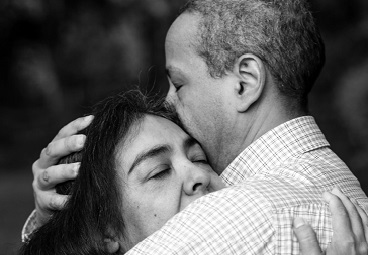 Addiction Affects More than the User: How Families Can Get SupportLearn More